It’s the tenth anniversary of The Last of Us this year, and Naughty Dog is bringing the hype, with game director Neil Druckmann coming out swinging that The Last of Us Multiplayer will be the studio’s most ambitious project to date.

Speaking to ComicBook, Druckmann said Naughty Dog has been working on the title for a "long time," specifying that work began on the project before The Last of Us: Part II was released in 2020.

The Last of Us: Part II was originally expected to launch with a new version of the first game's Factions multiplayer mode. Naughty Dog explained in 2019 that the scope of the Factions mode the studio originally announced for the game grew to the point where it couldn't be included alongside the main campaign.

The new Last of Us multiplayer game hasn't been officially unveiled yet, though Naughty Dog has released concept art and other details. In 2023, Naughty Dog will begin to provide details on the game, which the studio said is "shaping up to be a fresh, new experience from our studio."

Naughty Dog is known best for its single-player story games, and the studio stressed that the new Last of Us multiplayer title will be rooted in the company's "passion for delivering incredible stories, characters, and gameplay."

Another multiplayer game with some huge expectations is Arkane’s Redfall. While Arkane Lyon was the studio behind GameSpot’s 2021 Game of the Year winner Deathloop, it’ll be the developer behind 2017’s Prey, Arkane Austin, that is helming the vampire hunting cooperative shooter.

While more details on the title will be coming in January 25’s Xbox Developer Direct, some information about it might have already leaked, namely, its release date. According to industry insider eXtas1s, who had previously accurately revealed details on Hideo Kojima's Overdose, the release date will be May 2 of this year.

"If there was any doubt, Redfall can now be 100% confirmed with a release date of May 2, 2023," eXtas1s tweeted after fellow insider Brad Sams posted a pair of cryptic tweets hinting at Arkane's upcoming game. The tweets from Sams have since been deleted, but they contained emoji that read "Red Fall Second May" before they were removed.

We likely won’t have to wait long for official word from Microsoft as Redfall will be headlining the Developer Direct on the 25th, with Xbox confirming that the event will cover both single and multiplayer combat, customization, and bosses for the FPS. 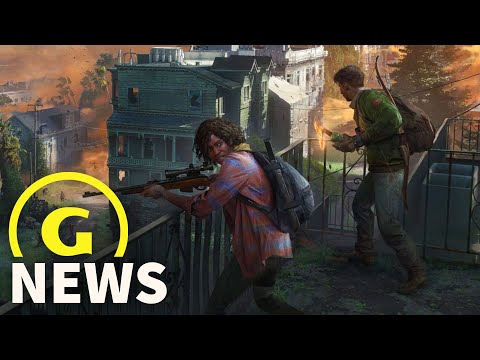