When he arrived, Ronnie struggled to settle in the house and this led to lots of difficult behaviours as he became over-tired. He also found it hard to cope with frustration and would display his stress with whining or jumping/biting.

During his training, Ronnie has learnt to settle for longer durations on his bed and to take himself there to relax. He is sleeping better and therefore able to make better choices at home.

We've worked on him being calmer when brushed so it's not such a battle, and he is learning to offer alternative behaviours rather than biting and jumping for attention. 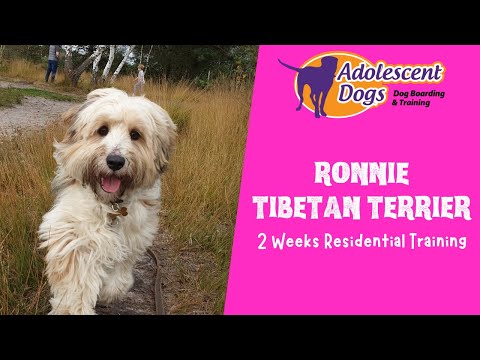 Ronnie the Tibetan Terrier has completed his 2 weeks residential training stay When he arrived, Ronnie struggled to settle in the house and this led t...